The North Shore of Lake Superior is filled with many popular tourist destinations, including state parks, countless waterfalls and stretches of incredible hiking trails. It is also lined with many beautiful areas that are often overlooked by travelers zooming by on Highway 61. One of those hidden treasures (though we do believe it is an up and coming North Shore destination for many) is the Sugarloaf Cove Nature Center near Schroeder, MN (just 10 miles from our store).

Sugarloaf Cove is more than a beautiful Lake Superior cove to skip rocks in or  have a picnic by, though it is most certainly that. The surrounding plot of land is home to a short interpretive hiking trail and nature center that comes alive in the summer months with informative displays.  The center also offers classes throughout the spring, summer and fall months that vary from Boreal Botany to North Shore Geology. Be sure to visit their website and check out their event calendar this spring.

Bird banding is also a popular event at Sugarloaf Cove. In September and October, trained volunteers band birds that live in and travel through the area (the large size of Lake Superior funnels high concentrations of birds along the shore as the fly south for the winter along the shore) in hopes to gather more information about birds on the North Shore. The public is welcome to learn, watch, and many times, participate. It is a unique and educational experience that we highly recommend checking out.

Throughout the year the short hiking trails are open for the public to enjoy. The primary trail, which is an interpretive trail just over a mile long, passes under a boreal forest canopy, over billion year old bedrock and by overlooks that are beautiful enough to stop you in your tracks. The most observant hikers will also notice evidence of activity in times past.

In the early 20th century, the site was a homestead for the Gundersen family. Then, from 1943 to 1971, Consolidated Papers, Inc used the cove to store logs through the cold winter months before they were shuttled over the lake to Ashland, Wisconsin. The company had many structures built on the property. Though the buildings are gone now, a root cellar (found along the interpretive hiking trail) and mooring rings (cemented into the rock on the point of the cove) still remain for visitors to see. Decaying boom logs can also be found hidden underneath a blanket of moss and underbrush on the forest floor. Since 1985 the area has been restored to its natural habitat by countless volunteers, making it the beautiful place it is today.

So, the next time you find yourself along the North Shore of Lake Superior, do yourself a favor and visit this beautiful and special place: one that seems to whisper stories of the past while pointing to a strong, rich future. 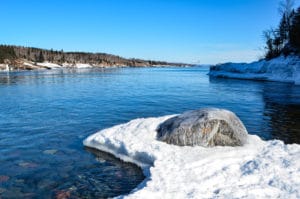 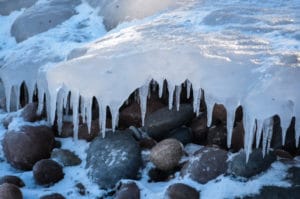 Ice formations at Sugarloaf Cove next to Lake Superior 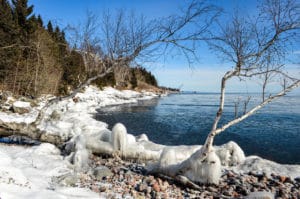 Sugarloaf Cove in the winter months 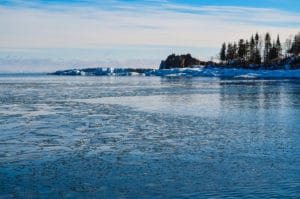 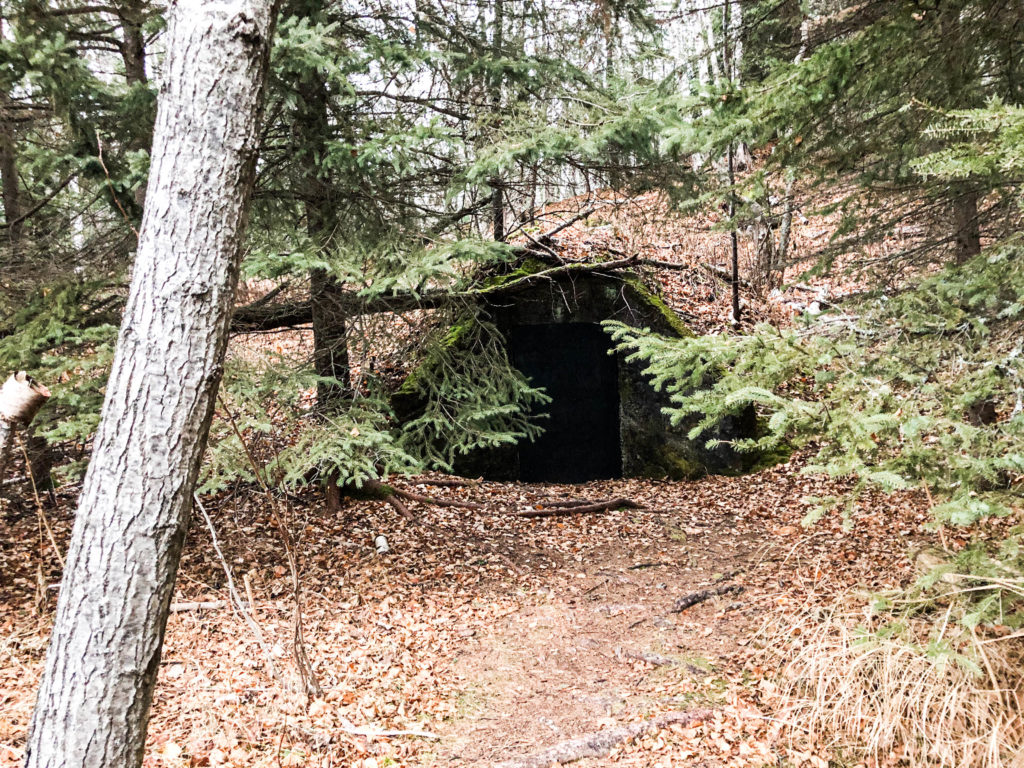 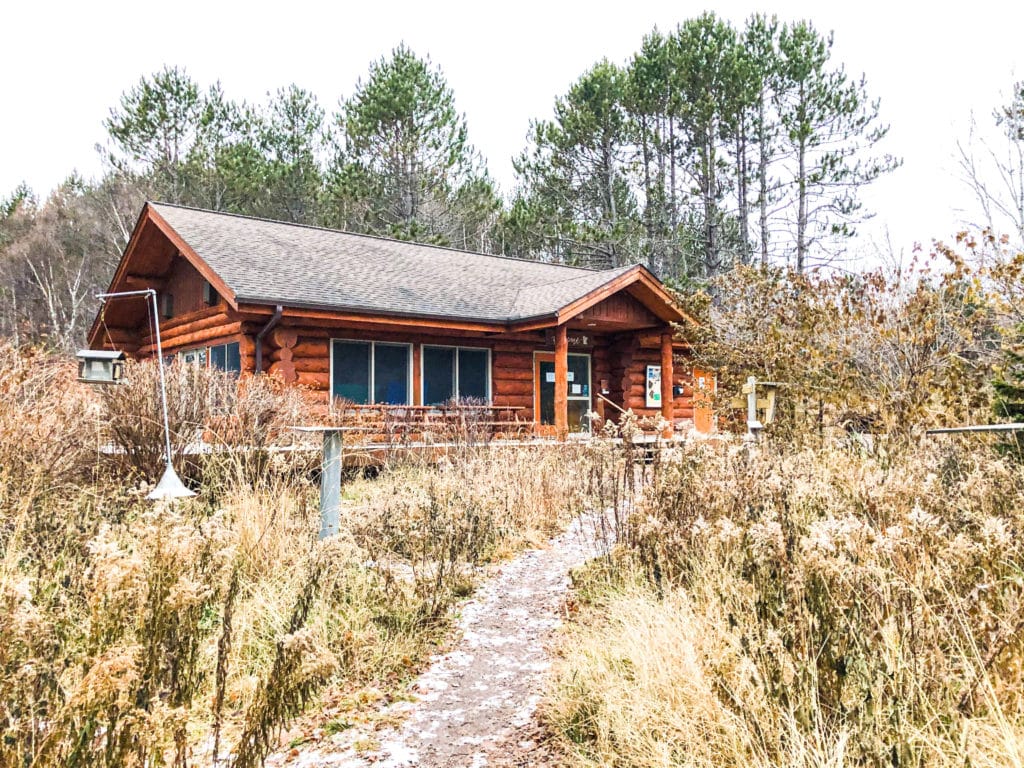 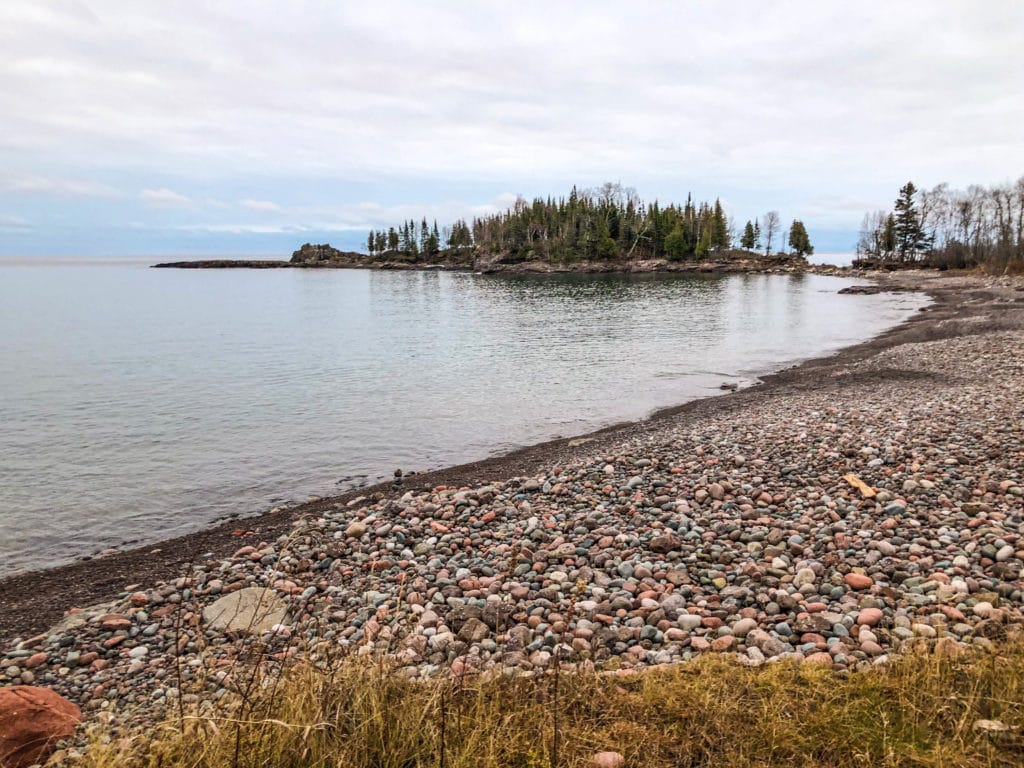 The point/south side of Sugarloaf Cove 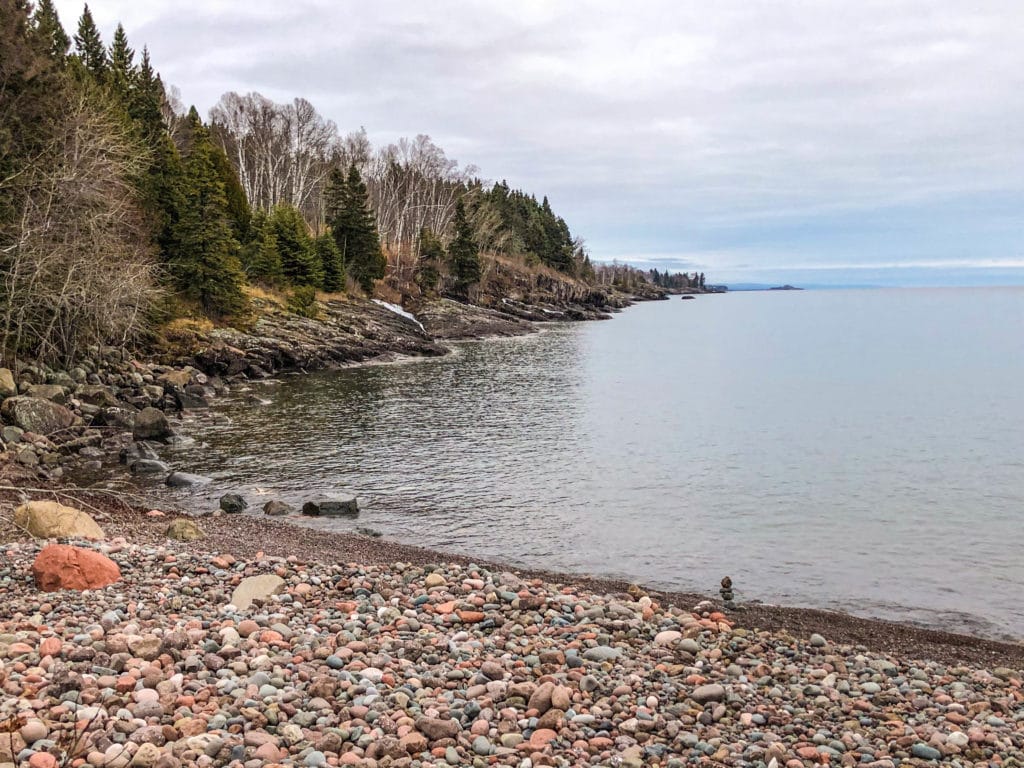 The North Side of Sugarloaf Cove